Claudia Christian is the most recognized global advocate for the Sinclair Method, a treatment for alcohol use disorder (AUD). In 2013 she started her nonprofit C Three Foundation to help raise awareness of the treatment, which saved her life in 2009. In 2020 she was the driving force behind C Three’s launch of www.yoursinclairmethod.com to provide individuals on TSM with support from experienced coaches, and the release of “Journeys” a collection of stories from people on the Sinclair Method.

Claudia has been in the film and television business as a performer for over 35 years. She is the author of two autobiographical books; “My Life with Freaks and Geeks” (2010) and “Babylon Confidential” (2012) and the sci-fi novel “Wolf’s Empire” (2016). In 2019 her first cookbook written with gaming expert Mark Michel came out to 5-star reviews.

In addition to her nonprofit work, Claudia still appears in TV and film and lends her distinctive voice to the award winning audio series; Anne Manx, Disney’s Atlantis and some of the biggest games in the world including SkyRim, Guild Wars 2, World of Warcraft , StarCraft, Call of Duty, Halo and Fallout 4. She recently completed the first season of Netflix’s new animated series “Gods and Heroes” and “DOTA”. Claudia currently has a recurring role on the Fox series 911 playing the Captain of the LAPD.

Roy Eskapa, PhD studied alcohol research over two decades under the close guidance of the late David Sinclair, PhD (National Public Health and Welfare Institute, Finland) who first published on deprivation effects and then discovered how to reverse the biology driving addictions which became known as "pharmacological extinction" for alcohol and several other substance and non-substance addictions. Dr Eskapa wrote the seminal book The Cure for Alcoholism which describes the history and decades of scientific research into was published by Benbella Books, Dallas, 2008. Updated edition with Introduction by actress Claudia Christian released 6 November, 2012.

David Belenky grew up in Kalamazoo, MI, and graduated from CUNY Hunter College. He has a Bachelor of Arts in Communications and currently works in the entertainment industry as an Executive Assistant to an Emmy Award-Winning HBO Producer. His passion is screenwriting and ice -cream.

Dr. Jeanine Copperstone has served in the mental health field for over 20 years. She has provided psychological and substance abuse assessment, treatment planning and psychotherapy. She received her Doctorate in Psychology from Arizona State University and her Juris Doctorate from Lewis and Clark Law School. She also served as Clinical Director and Program Consultant at the Sundance Healing Center in Scottsdale, Arizona.

Dr. Copperstone struggled with her own Alcohol Use Disorder for many years. She tried many methods of dealing with the disorder, only to relapse after months or years of abstinence. She has at last found freedom from her addiction through The Sinclair Method. She utilizes her own experiences to provide coaching with the C Three Foundation. She also provides psychotherapeutic counseling in her office in Vancouver, Washington.

TSM support has had an ongoing and profound impact on Shanes life since January 2017, which is when he began his own TSM Journey. He found "extinction" in August 2017 and has continued to evolve his understanding about the finer points and subtle complexities of TSM practice since then. Spending thousands of hours thinking about and working with members as they also grow.

It all began with the support groups from C Three Foundation, found through their website, which he attended regularly, until he began participating in The Sinclair Method Warriors.

In The Sinclair Method Warriors, with help from fellow moderator Hank Rearden, Shane authored and shared experiences through detailed writings of every aspect of the TSM Journey. He did this as he went through them, while also addressing key frustration points of its' members. This helped many people and they still use those teachings to this day. That group swelled from less than 200 to well over 2000 members by the time Shane left, with many Extinction Declarations along the way.

In July 2019 the Official C Three Foundation set of groups began; TSM Beginnings, The Sinclair Method (TSM)Peer Support and TSM Support for Family and Friends. Shane was asked to be a Moderator in those groups and accepted as he has a healthy burning passion to help people that have Alcohol Use Disorder. He is also a Moderator for TSM Breakthrough, which has had 20 Extinction declarations up to May of 2020, with more on the way.

Shanes' main function in all of the groups has always been Mindfulness and Habit work, focusing on helping people learn how to recognize the Habits that they have and showing them techniques and strategies to form new and better habits through Mindfulness. There are dozens and dozens of them to date, which stokes the fire to help get this Healing Method out to the world as a mainstay.

Katie Lain is a success story of the Sinclair Method and now works both professionally and personally serving as an advocate for this approach to overcoming alcohol dependence. She started on the method in August 2017 after a near 10-year battle with alcohol addiction. She had tried so many avenues for reducing or stopping drinking and nothing worked, and her drinking was only getting worse; until she stumbled upon naltrexone and TSM through Claudia Christian’s TEDx Talk.
Through TSM, Katie watched herself go from a daily heavy drinker, to a moderate drinker to an infrequent social drinker, and ultimately to complete sobriety in September of 2018. Since starting this journey, Katie has shared her story through her YouTube channel Embody Daily, as well as supports others through the process through one-on-one coaching. Katie also works with Ria Health, a telehealth platform delivering medication assisted treatment for alcohol addiction to people across the US.

Dr. Madhava has had a diverse medical background over her decades-long career. In the United States, she has worked with the Indian Health Service in Alaska, with migrant farmworkers in North Carolina, and patients with HIV/AIDS in New York. Internationally, she has treated Cambodian refugees in Thailand and worked in hospitals in Egypt, India, and France.

Dr. Madhava’s involvement with patients with addictions began during her medical residency in North Carolina. In her spare time, she worked in the local prison, where she encountered many patients who were in prison for substance-use related crimes. After seeing so many motivated patients relapse, Dr. Madhava felt that something in the way that we treat addictions needed to change. Over the past several years, Dr. Madhava has dedicated herself to learning more about alternate, evidence-based approaches to treating addictions, and has made it her mission to treat patients using these modalities in order to help them achieve lasting recovery. Her practice now includes functional medicine evaluations looking at the root causes and promoters of addiction, such as complex trauma, nutrient deficiencies, hormonal and gut microbiome imbalances among others.

Dr. Michele Perron is a private international addiction coach, counselor, speaker, and author. She has worked in the field of addiction for over 14 years. Her experience includes working with groups and individuals in the critical stages of detox to long term inpatient, intensive outpatient, outpatient, extended care, after care, adolescent care, Medication Assisted Treatment, Telehealth care and TSM coaching. Dr. Perron has developed and taught counselor education classes in college and developed curriculum for aftercare topics. In today’s changing world, Dr. Perron feels that TSM is a breakthrough in taking back control of personal choices concerning alcohol without shame, failure, or guilt. Dr. Perron holds a PhD in Counseling Psychology, is certified in Positive Psychology, is an internationally licensed addiction counselor, and has worked with clients all over the world. She believes in whole life wellness and the power of connection.

She is the author of “Tools for Life.” To hear more about Dr. Perron, a Wellness podcast can be found at https://wellnessrenpodcast.com/podcast/episode-43-drinking-for-a-lifetime-in-a-healthy-way-with-michele-perron-phd/

TSM Support has been an important part of Hank's life for the last 2 years. His favorite part of TSM support is announcing an "extinction" of one of our members, something that happens frequently.

Hank's own TSM journey started Feb 2018 and he reached extinction in August 2018.

He began TSM support from February 2018-July 2019 with the Sinclair Method Warriors and was a moderator there from May 2018 to July 2019. He oversaw the group's growth from 178 to more than 2,000 members with fellow moderator Shane Laderoute.

Hank founded TSM Breakthrough in May 2019, a support group for members who have not yet reached extinction quickly or easily, which he continues to run as an admin. The group focuses on specific strategies to increase mindfulness and change habits.

Hank has developed several strategies for TSM veterans including, "Stop at MEH" (indifference), "7:00 pm" (Delay TSM until after dinner), and "5 & 2" with 2 standard drink maximum (5 AF days, 2 extinction sessions with a 2sd maximum.

Thanks to Hank's encouragement and support, there have been 20 extinctions declared so far in 2020 across the C Three and TSM Breakthrough support groups with many more on the bubble.

Air Force Veteran and former member of Alcoholics Anonymous from late 2000 to early 2009, Seth left behind a small Big Book study group. He attempted controlled drinking until it became a problem in late 2015 when he decided to start the Sinclair Method. Seth successfully convinced his doctor to prescribe naltrexone and began TSM January 13, 2016, realized he achieved extinction the last week of June, but picked July 4th 2016 as his symbolic date of achieving extinction.

Currently Seth is Administrator for the Facebook Group “A Cure for Alcohol Use Disorder: The Sinclair Method, which has 1,500 members across the world. He enjoys writing about his adventures in life and actively discusses dual diagnosis since he was also diagnosed with Bipolar type 2 in August of 2004.

"TSM really woke me up to how poorly folks with AUD treat themselves. Being active online helps me. I enjoy doing it."

A practicing addiction medicine specialist, Dr. Umhau directs AlcoholRecoveryMedicine.com, and provides telemedicine treatment for people with alcohol use disorder in Arizona, California, Florida, Maryland, North Carolina, Texas, and Virginia. For over twenty years Dr. Umhau helped develop new treatments for alcoholism as a senior clinical investigator at the National Institute on Alcohol Abuse and Alcoholism of the National Institutes of Health, (NIH).  His scientific and public health interest in nutritional neuroscience is informed by decades of clinical experience with the underprivileged and a residency in Clinical Preventive Medicine at Johns Hopkins.  He is president of the Academy of Medicine of Washington, District of Columbia. 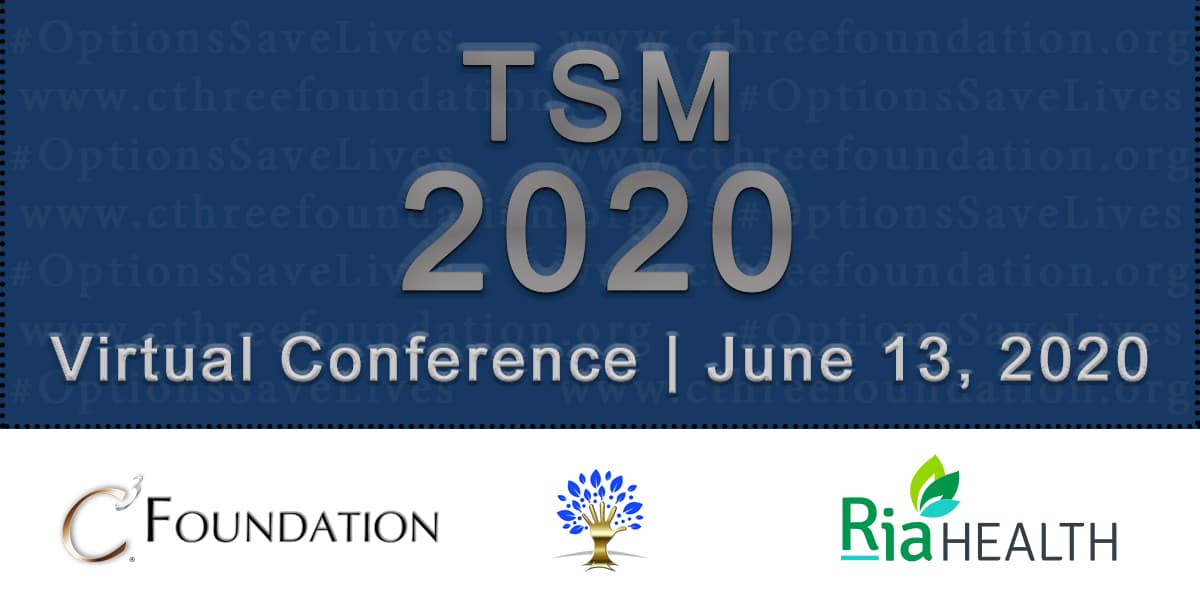