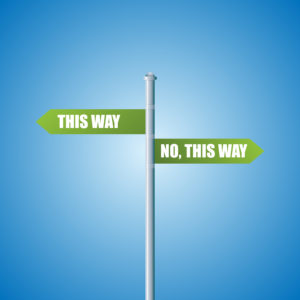 Every day, I read 10-20 articles about alcoholism, addiction treatment, drunk driving, nalmefene, naltrexone, and alcohol laws, just to name a few of the alerts that fill my inbox daily. Some get shared on the various C Three Foundation social media pages, others are commented on or discarded due to scientific inaccuracies.

But when Why Nalmefene Can’t Cure Alcoholism by ASAP Rehab found its way into my email, it struck a nerve that reinforced the reason why the work we do is so desperately needed. Claudia submitted a comment, which never made it past moderation. You can read her response in its entirety at the conclusion of this post.

According to the World Health Organization, the number of annual alcohol-related deaths increased from 2.5 million in 2011 to 3.3 million with the release of 2014 figures. The significant increase is an indicator that traditional methods of treating alcohol use disorder are failing—and that means the treatment facilities and programs lauded by experts are also failing. About 90% of those who enter treatment for alcohol addiction are expected to relapse in the first four years. And most of those happen in the first 12 months. What other medical condition is there where experts claim such a dismal success rate is acceptable?

Unfortunately, many within the addiction treatment profession blame the very people they claim to help. This is evident in the ASAP article.

“People who suffer from addiction can manage their symptoms but they may never really get rid of their addictive personality.”

Alcohol use disorder is not a personality disorder. There is mounting evidence that for many people, alcohol dependency is genetic. It is treatable through the use of approved medicines. Naltrexone and acamprosate are approved by the FDA in the United States along with disulfiram, which is a deterrent that makes individuals sick when combined with alcohol. In the United Kingdom, nalmefene has been approved by NICE for use.

The longer we as a society insist upon moralizing alcohol use, the more people we will lose to its effects. And for every dependent drinker, we must not forget that we risk adding their family, friends, and even the strangers they come in contact with to the list of collateral damage in the form of domestic violence, accidents, crime, and disease.

“Although the drug may be helpful for some people suffering from alcohol dependency, most addiction experts find that there really is no magic pill that can cure addiction. They believe that the most effective treatment is still abstinence and treatment through rehabilitation programs.”

Here’s a question—how can “most addiction experts” admit nalmefene is helpful yet still resist prescribing it? Could it be these addiction professionals are more concerned about profits and job security than they are helping people live lives free of addiction?

Imagine if diabetes were treated like alcohol use disorder. It would be considered malpractice for a physician to withhold insulin while insisting patients must simply regulate their blood sugar through strict diets and attendance at nutritional programs.

Naltrexone and nalmefene are not “magic pills.” No credible person would ever assert they are. And they will not replace the need for therapists, psychiatrists, and mutual support groups, either. First of all, nalmefene is prescribed for use one hour before drinking. Patients must still practice compliance, both by taking the pill and by waiting the required hour. Second, those with co-occurring disorders or who wish to work with a professional to address other areas of their emotional well-being will still have need of these services. Patients will be able to tackle other issues without the looming distraction of alcohol addiction.

When Treatment is Counter-productive to Recovery

The way naltrexone and nalmefene work is called “pharmacological extinction” clinically. We call it The Sinclair Method (TSM). TSM gradually reduces alcohol intake as the addictive reward system reinforcement is blocked. Over time, many simply lose interest in drinking. For treatment providers who are interested in a patient’s recovery, this should be celebrated. Yet the ASAP article is troubled.

“Although Nalmefene has already shown a significant drop in alcohol intake among users, those working in the alcohol treatment industry are understandably concerned.”

Expensive inpatient rehabilitation facilities are likely to see fewer repeat business because TSM does not engage the alcohol deprivation effect (ADE) the way abstinence-based treatments do.

You’ve probably heard the phrase “once an alcoholic, always an alcoholic” and the term “white knuckling.” Both of these are descriptors of ADE. In short, ADE is the compulsive physical craving for alcohol caused by the deprivation of alcohol. These cravings don’t diminish over time. What’s even worse is that repeated deprivation cycles increase the cravings and, therefore, the likelihood of relapse. So throwing alcohol dependent people in jail or detox to “sober them up” and force them into a life of abstinence is making the problem worse.

“The main reason that Nalmefene is not useful in “curing” alcoholism is that it will not eliminate a person’s desire to drink.”

Actually, pharmacologically eliminating the craving for alcohol does significantly diminish a person’s desire to drink. That’s probably why the article in question mentions the effectiveness of nalmefene in three separate sections.

“Because abstinence is the core and foundation of treatment for addiction, many in the treatment industry are worried that the idea of medicating away a social problem can be damaging for those suffering from addiction.”

Abstinence is no longer considered the “core and foundation” of addiction treatment, although many still believe it is the one-size-fits-all method for tackling addiction. Recovery is the foundation of addiction treatment. And there are many roads that lead to recovery. For some it is abstinence. For others, recovery can be found in moderation, medication, or a combination of many treatment options. Narrow-minded professionals who fail to accept any other form of treatment than their own as valid are much more damaging to those suffering from addiction than medication.

“While Nalmefene might be effective in reducing drinking for those who binge from time to time it is not a cure for people who have symptoms of alcoholism.”

There have been more than 120 peer-reviewed studies done on naltrexone, nalmefene, and other drugs used both on and off label that strongly suggest otherwise.

“Addiction to alcohol is more than just a physical desire to drink, it is a disease that governs an individual’s behavior and they can have a strong psychological need to drink that might not be affected by the medication.”

It is true that some people have strong psychological desires to drink. And these people surely would benefit from counseling on some level. But using nalmefene and naltrexone to combat the physical aspect is not harmful to this process. Rather, it allows the individual to focus on the psychological help without the distraction of the physical cravings.

“People in the addiction treatment industry worry that alcoholics may believe this pill will cure them of their disease when in reality it may only be useful for people with more mild or moderate drinking problems.”

The CDC recently released a report stating about 90% of heavy drinkers are not dependent upon alcohol. So the above statement is actually saying the addiction treatment industry is worried that using medication to treat alcohol use disorders will only be useful for 90% of all excessive drinkers.

This is really important, so I’m going to say this again–the ASAP Rehab article is concerned that using naltrexone or nalmefene might only help 90 out of every 100 people who struggle with controlling their alcohol consumption. Please tell me how this could ever be conceived as a problem…

There is so much wrong with the ASAP Rehab article—the moralizing, the inaccuracy, the twisted idea that AUD is a personality disorder, the thinly veiled attempt to do nothing but create profit and job security. And worst of all, the insistence that a system that fails more than 90% of the people who it is supposed to help isn’t broken.

Claudia’s comments on the original article:

Interesting that you do not site any of the 100+ clinical trials that prove that Naltrexone+drinking=78% long term success rate in treating AUD instead you falsely state that Naltrexone is only used after a person achieves sobriety, clearly you have never heard of pharmacological extinction otherwise known as The Sinclair Method (TSM) TSM has saved hundreds of thousands of lives all over the world and was the primary treatment for AUD in Finland for years where it proved massively successful. It’s articles like this that cause unnecessary deaths every year, abstinence does not work for everyone, nor does 12 step programs, if they did then 3.3 million people would not be dying yearly from alcohol related causes. I was a severe alcoholic and I used Naltrexone as prescribed by TSM: one tablet one hour before the first drink of the day, it is patently wrong to state that it only works for binge drinkers or mild alcoholics in fact the majority of the thousands of people I have helped go on TSM have been late stage alcoholics. You do yourself a huge disservice by not knowing the facts and not investigating pharmacological extinction before writing an article that could potentially make a person suffering from AUD not consider TSM. Nalmefene works for many people and so does naltrexone, in fact nalmefene is specifically better for late stage alcoholics because it is not processed through the liver…but I guess you didn’t know that either.
Do your homework in the future…you are costing people an opportunity to rid themselves of this horrible disorder. And yes I run a non profit that supports TSM and no I do not monetize it and no I am not involved with any pharma companies, I am simply an actress-activist who cares about people.. especially those suffering from alcohol use disorder and I wish to help them avoid the devastating decade I spent trying to find a cure for my alcohol addiction.
best, Claudia Christian