Note: This article is not meant to debate the issue of whether or not an individual of any age should or should not get an annual flu vaccine. The sole intention is to bring attention to a clear double standard that exists. Personal medical decisions are between you and your doctor.

It can be frustrating trying to figure out why certain medical conditions and treatments enjoy an elevated status in the conversation about health and wellness. In a perfect world, treatment solutions with high rates of success would always be given priority over those with lower success rates. But we don’t live in a perfect world.

It seems you can’t walk into (or even drive by) a pharmacy these days without seeing a sign urging people to come in and get the a flu shot. It’s become an annual occurrence that, in many regions, seems to last at least half of the year. While I don’t want to minimize the flu or its health risks, the annual impact on health pales in comparison to the socioeconomic costs of harmful alcohol use—an every day risk.

We are working toward the day when effective treatments for alcohol use disorder are displayed on drug store marquees and in-store signs. We’d gladly consider our mission complete if agencies like the Centers for Disease Control and Prevention (CDC) encouraged doctors to prescribe the Sinclair Method to every person who drank above moderate thresholds. Until then, we continue to highlight the double standards and inconsistencies that are keeping people from getting the recovery treatment they need. 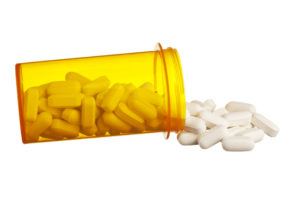 Earlier this week, the CDC revealed the estimated effective rates for the latest influenza vaccine. The numbers were less than overwhelming for most people, with a dismal 19% effectiveness for those 18-49 years old and only 25% effectiveness for people over the age of 65. Overall, the effective rate is estimated to be about 42%, yet the agency recommends everyone over the age of six months old should be vaccinated.

The Sinclair Method has a real-world success rate of about 75% for significantly reducing or eliminating alcohol consumption. While there are agencies actively promoting the use of medication in addiction treatment, there are currently no Federal or State agencies that recommend the Sinclair Method for treatment of alcohol use disorder (AUD).

It seems the medical catchphrase of the decade is “evidence-based.” Evidence includes information gained through both research and practice. While no medical treatment is ever expected to work in 100% of the people 100% of the time, there is plenty of lip-service given to promoting treatments that are shown to work. However, it is much more likely that a flu shot is offered at routine medical appointment than a prescription for a medication that can reduce drinking.

Scope of the problem

The flu can be a moderate inconvenience, or it can be deadly. It claims 12,000 to 56,000 lives each year in the U.S. and costs about $ 5.8 billion in direct costs and lost productivity. Vaccinations can and do save both lives and money, in spite of the large number of people who receive little to no benefit from them.

Harmful alcohol consumption, like the flu, can affect people of any age. About 88,000 people die from alcohol-related causes in America each year and the annual economic costs exceed $223.5 billion. Reducing the harms caused by excessive alcohol consumption saves lives and money, while reducing the risks to those who either do not drink alcohol, or do not drink at unsafe levels.

More lives are lost to alcohol than the flu each year, and more money is spent on the harms alcohol causes. That leaves significant opportunity to make a positive difference on a societal level. Not only are lives saved, but also fewer alcohol-related traffic fatalities, crimes and diseases.

About the Money? Maybe, but maybe not…

By November of last year, about 40% of Americans over the age of 6 months old received a flu vaccine. Using a (very) conservative estimate, that would be about 125 million people. With the average cost of a flu shot can run anywhere between $15 and $50, those involved in the manufacture, distribution, and administration of the vaccines are generating billions of dollars in gross revenue.

Oral naltrexone is generic, with no exclusivity protections. As with any medication, prices can vary, but on average each pill is less than $1.50 and the longer a person is on the Sinclair Method, the fewer pills they will need each month.

The difference in revenue may not necessarily mean giant profits. Vaccines, in general, are not typically the cash cows of the pharmaceutical world. But billions of dollars in gross revenues still have an advantage when it comes to educating doctors and the public. That’s an advantage naltrexone and the Sinclair Method simply do not have.

Even if you take preventative measures like getting a flu shot, staying away from people who are sick, and washing your hands frequently, it’s still possible for you to get the flu. It’s unlikely someone will blame you or refuse to treat you because you already had the flu this season. If you have health issues that increase your flu risk, the medical community will go that much further to ensure you are able to get a vaccination.

However, those who develop AUD are often expected to recover with little to no medical intervention. In fact, it’s estimated that only 1 in 10 people who need treatment receive it and most of those who would benefit from medication for alcohol addiction are never offered it. Those who are able to stop drinking for a time, but continue again, are often subjected to accusations that they are choosing to continue to suffer from their medical condition.

Unfortunately, there may always be a disconnect between the concept of promoting better health through evidence-based practices and the reality of actively pushing the most effective treatments. Flu vaccines are certainly not the only “gold standard” medical prevention or treatment with less than stellar results and the Sinclair Method is one of countless treatments that are ignored in spite of superior effectiveness. So what is there to do?

For starters, we must continue to shine a spotlight on medical double standards—those areas where agencies say one thing, but their actions run counter to their stated mission. If an organization says they are committed to using evidence-based medicine to promote better health, but their actions fail to promote highly successful treatments such as the Sinclair Method, respectfully call them out on it.

Double standards also apply to the way people struggling with addiction are treated differently than those with other chronic health conditions. If you see or hear an story that promotes addiction stigma, write to author or media outlet. Submit a letter to the editor of your local newspaper. Talk to your doctor. Talk to your friends and family.

Another option is to support organizations who are doing the daily work of educating the public and the medical community about successful medical treatments. There are more than 200,000 primary care doctors in the United States. The C Three Foundation is trying to reach them all, but we can’t do that without funding. We don’t have billions of dollars in revenue like the pharmaceutical companies do. We can only reach 100-200 physicians each month with our current resources.

We may not be able to create a perfect world, but together we can make it better by continuing to be a united voice for better treatment of alcohol use disorder and promoting the Sinclair Method to the medical community.